The cat is an omnivore jive. The cat is also known for its temper and component form. The cat belongs to the lion’s family circle, so the cat is also called the aunt of the lion. The cat is a very strange animal. It sleeps for about 17 hours a day. More than half of its life is spent in sleep. The cat lives according to its mood. But as much as we talk about its piercing, this jive is the opposite. The cat is one of the smartest animals. The cat attacks in his life for only 2 reasons
1: – When she hunts.  2: – When she is scared.

Cats are seen with different eyes in India. Some say it is inauspicious and some say it is auspicious, some people bite the cat’s way Used to change his path. But there is no scientific reason and no religious reason. In the olden days people used to use horse carriage to go their way. When a horse carriage passed through the forest, a cat would cut its path at that time, then the horses were frightened to see the glowing eyes of the cat, due to which the horse would not run on its way and start running in the other direction. That’s why horse carriages and bullock carts, whenever they saw a cat passing by, used to keep their car till it left. But for wild cats it was. But even today in modern times, the way of the cat being cut. Let’s go.

Many people also say that the cat only steals and it also does a lot of damage. But some visionaries have said that if the cat or any other living being remains hungry, he comes to the house in search of food. Whichever animal, be it a cat or a dog, living in their home also reduces unnecessary anxiety and irritable nature, and at the same time brings happiness and positive energy in the house.

Many people also associate the cat for tantra mantra and the spirit of ghosts, but in every religion, all jivas have different sayings, their mummies have been made in ancient Egypt, and they also have a goddess who is a cat, who conserves, Has been considered the goddess of happiness, dance, music, family, and love. The name of this goddess is Obstet , and is still worshiped today,
It is inauspicious to kill a cat, in India, a cat who kills a cat must donate 4 or gold cats, so that there is no bad thing with him. Due to this belief, the people of India do not harm cats.

Cheap cat food tips.
If you keep cats, then you will also know the mood of their food, and also find ways to avoid expenses.
Cat loves fish very much, boil 1 kg of fish in 1 glass of water with a pinch of salt. After boiling, cool it down and make it into a paste with good hands. Now keep the paste of this fish in an airtight vessel. And keep it in the fridge. Now, whenever the cat has to give food. Mix 1 teaspoon of fish paste in a plate of rice and mix it. With this, your cat will eat well and with 1 kg of fish, you will also go from 20 to 25. 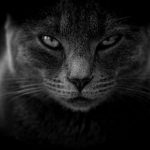 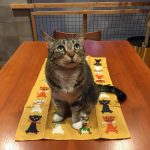 These foods are dangerous for your cat 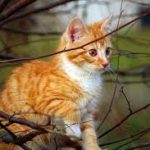 How Kittens Learn How to Hunt

5 THINGS YOU DO TO MAKE YOUR CAT CRAZY 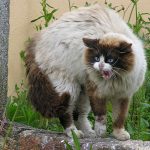